You are here: Home / Library / Popular Science – Riding the Wind 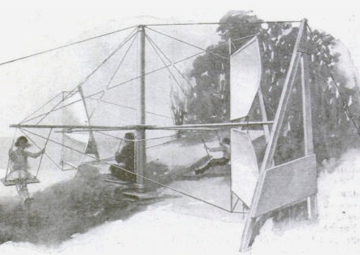 During the Golden Age of Carousels, around the turn of the last century, Popular Science published a story in April 1919 that offered instructions for readers to build their own wind-powered merry-go-round, so popular were the rides. At the time, less than half of American homes had access to electricity. More than a century later, carousel technology has come a long way even as merry-go-rounds have taken a back seat to more thrilling amusement park rides. But carousels may be leading the way once more as they tap into a growing nostalgia for the simplicity of pre-electric models. Check out my full story in Popular Science‘s Fall Edition, Forever Young.

Many thanks to Corinne Iozzio, Popular Science’s Editor in Chief.