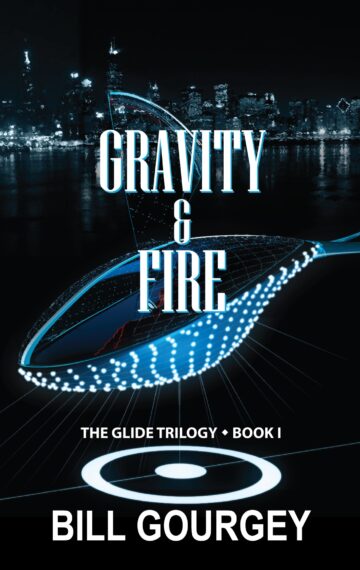 From silicon germs to digitized souls, the future is here…

Read the first book of the Beverly Hills Book Award Winning Glide Trilogy, a mesmerizing tale of love, loss, and second chances. Set in a future filled with dazzling and perilous inventions, the trilogy has been read more than 6,000,000 times on Wattpad, received a starred review from Publishers Weekly (book 2), and has been queried for a future motion picture.

In Gravity & Fire a ruthless tycoon tries to save the world from total ruin, but she encounters an eccentric scientist who shakes her conviction with his innocence and a revolutionary invention. Their secret tryst sets in motion epic events that ripple far into the future until adventuresome teens stumble upon the truth in a dilapidated seaside mansion, where they inadvertently awaken the past and a legacy of war, plague, and miracles.

Praise for the Glide Trilogy

“An entertaining…tale of the dangers and benefits of science and love.” – Kirkus