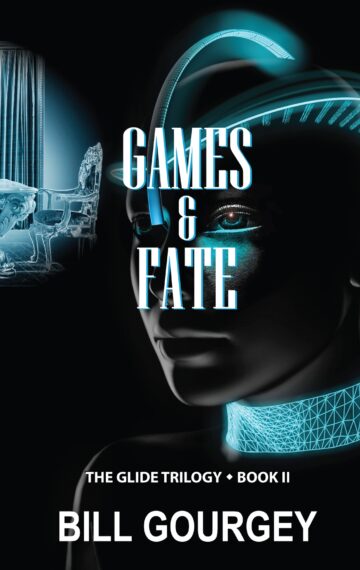 From silicon germs to digitized souls, the future is here…

Read book two of the Beverly Hills Book Award Winning Glide Trilogy, a mesmerizing tale of love, loss, and second chances. Set in a future filled with dazzling and perilous inventions, the trilogy has been read more than 6,000,000 times on Wattpad, received a starred review from Publishers Weekly (book 2), and has been queried for a future motion picture.

In Games & Fate the real world loses its luster, giving way to rich augmentations until a wildly popular role-playing game—driven by its own set of neo-commandments—governs everyday life. As the line between real and virtual vanishes, an unlikely alliance of teens and outcasts offers humanity its only hope.

Praise for the Glide Trilogy

“A tale that is as much about our love affair with invention as it is about our future.” – Arun Netravali, President Emeritus Bell Labs